The marketing campaign of the Polish developer CD Projekt Red is approaching a climax. During the NBA finals in America, viewers were probably amazed, as Hollywood actor Keanu Reeves appeared in a TV commercial and wooed the action role-playing game Cyberpunk 2077. 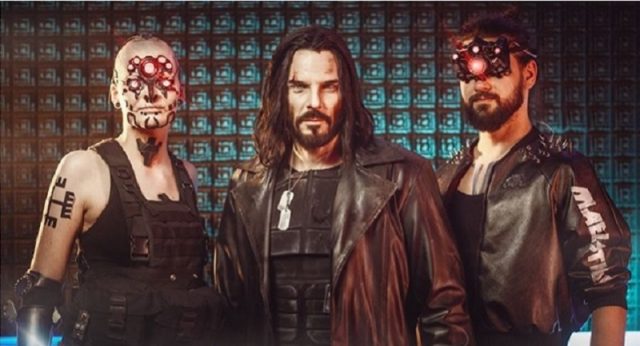 Dystopian Action-Fireworks: A Cyberpunk 2077 fan-made movie „Made in Germany“

Developer CD Projekt Red has already released first gameplay material and cinematic trailers for Cyberpunk 2077, but now the first TV spot for the roleplaying game was shown shortly before the official release in November. And the first broadcast could not have been placed better, the TV spot was broadcasted during the NBA finals.

In the short commercial, viewers get to see Hollywood actor Keanu Reeves wooing the sci-fi blockbuster. However, the choice of the Canadian is not by chance. In the video game he slips into the role of the co-protagonist Johnny Silverhand, who accompanies the protagonist (player) throughout the game.

It was Keanu Reeves who also unveiled the first release date of Cyberpunk 2077 in a live show, before it had to be postponed later.

The TV commercial was accompanied by the song „Bad Guy“ by the worldwide successful singer Billie Eilish. Eilish is supported by her brother Finneas O’Connell as producer, who also contributed to the song.

The action roleplaying game Cyberpunk 2077 will be released on November 19, 2020 for PC, Xbox One, PlayStation 4 and Geforce Now. In addition, the video game will be released for Xbox Series X and PlayStation 5 with an upgrade next year. By the end of 2020, the Google Stadia release will also follow.