Currently, there is work going on for a Cyberpunk 2077 fan-made movie, which intends to delight us with a dystopian firework. We at MyCyberpunk were granted the exclusive opportunity to talk with the people behind this ambitiuos project and will give a summary of the most important topics.

Actionladen scenes conclude in a true dystopian firework, but the story shall not be cut short. With this Cyberpunk 2077 fan-made movie awaits us the next great success of director Vi-Dan Tran and cosplayer-stuntman Maul Cosplay aka Ben Bergmann.

Both were recognized for their collaboration with webvideo-producer Shawn Bu for the short movie „Darth Maul: Apprentice – A Star Wars Fan-Film“ [YouTube-Video], which has had more than 25 million views on YouTube and was a world-wide viral hit in 2016, besides earning them the German Webvideo Award of the year.

That’s the story of the Cyberpunk 2077 movie

First, we want to clarify, that the Cyberpunk fan-made movie takes place in the Cyberpunk 2077 universe in the year 2077, but hasn’t any connection to the story of the videogame by CD Projekt RED. This shows the best in the constellation of the protagonists. In the videogame players play as V with rockerboy Johnny Silverhand as kind of a co-protagonist.

In this short movie, the roles are swapped. We will see Johnny Silverhand as the protagonist played by Ben Bergmann. Mercenary V will be playing a role but as a supporting one. Diligent observers certainly took notice of Johnny’s arm. In the game, it was replaced by a cyberlimb. Furthermore, the rockerboy died long before the story of the action-RPG. At the end of E3 2019’s trailer, it becomes clear, that he’s just a shadow of himself and a mere hologram of sorts.

On the first shots from the film-set, we only see him clad in an overcoat, but Bergmann declared, the cyberarm will take a significant role later on in the fan-movie. The story of the short movie revolves around the question, how it is possible to see Silverhand in 2077 in the flesh. How can his appearance be explained? Is it some kind of cutting edge technology, enabling him to do so?

Until the release of the first trailer, all involved in the project will keep silent. They will reveal smaller bits and pieces somewhen in the future. But rest assured, we can expect coherent Cyberpunk-setting with gleaming neon-lights, superbly fitted costumes with fitting make-up and lots of action.

From a flashy clip to a real short movie

The idea of a Cyberpunk short movie sprung from a cozy get-together of Vi-Dan Tran and Ben Bergmann. They just wanted to collaborate once again after some time in a small project. In 2019 they talked about filming a short and flashy scene with Johnny Silverhand in the focus to upload on their social media channels. With every meeting and growing excitement during conception and initial realization they decided to design it a whole lot bigger and more opulent.

Since then they have persuaded a steadily growing team of actors, costume designers, make-up artists, cameramen and a team of stuntmen of the short movie. Earlier this year they started a call for extras for the movie. The looked especially for fans and
and cosplayers, who wanted to contribute to the ambitious project with usual cyberpunk outfits and props.

No rest for the wicked: Johnny doesn’t relax, actually …

The project grows bigger and bigger. During our interview, Bergmann revealed he would never have imagined the dimensions at the start of the project. He’s in constant contact with CD Project RED to avoid any unwanted inconsistencies.

The short movie project accumulated numerous supporters from all around the world. Besides people from the movie industry, there are some renowned cosplayers, who may be known from the Cyberpunk 2077 cosplay-contest.

It is currently unknown, when we will enjoy the complete Cyberpunk 2077 or when the first trailer will see the light of the digital world. We of MyCyberpunk will accompany the shooting, get a picture of our own and soon will have to report more about it.

You can find more information about „Darth Maul: Apprentice“ on its Wikipedia-page. The latest news about the action-RPG you will find on our news-page. To not miss anything about the topic follow our social media on Facebook, Twitter, and Instagram. 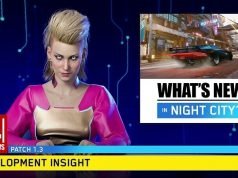 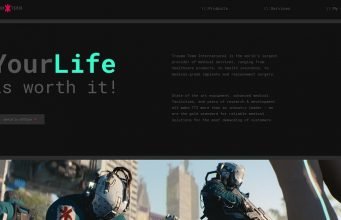 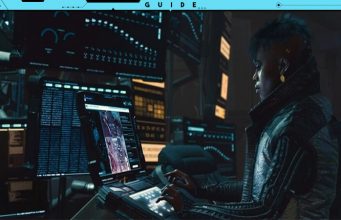 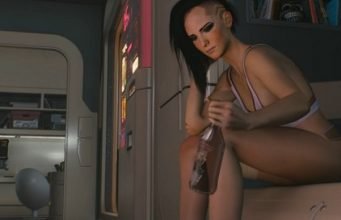 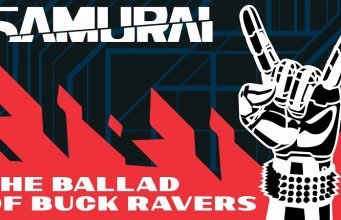